What is a Transponder Car Key Plus Cost to Get a Replacement? 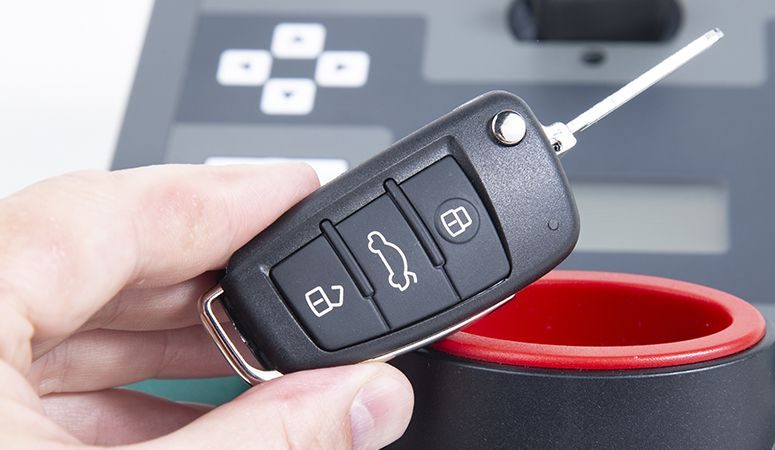 Transponder car keys are specifically designed to prevent the use of duplicate keys to start your car. These keys have codes that must be recognized by your car system before it’ll be allowed to start. If your car doesn’t recognize the code, it won’t start.

As you may have guessed, this invention has greatly reduced car theft since it was introduced in 1985. That’s why recent car models now come with transponder keys. Thanks to this anti-theft technology, hot-wiring cars are now a thing of the past.

Advisably, if you don’t have a transponder key, you should get one now. All you need to do is check if your car model is transponder-equipped. If it is, you can move on to know the cost of getting a transponder key for your car.

If you do use a transponder car key, it’s important to get a spare. If you’re doing that, you’ll need all the information you can get about the associated cost. In light of that, this article will explain more about transponder car keys and how much it’ll likely cost to get a set for your car.

The concept of transponder car keys came into existence to reduce car theft. Formerly, cars were stolen using duplicate keys and hot-wiring techniques. But the programming on transponder keys makes it difficult for thieves to start your car.

A transponder key is also known as a “chip key”. They have signal-encoding circuits on the inbuilt chip. Chip keys successfully protect cars from theft in two ways.

Firstly, no matter how hard you try, if the coded signal isn’t correct, the car won’t start. Secondly, the keys are quite difficult to duplicate because they have to be programmed. This has resultantly reduced the issue of car theft drastically.

The history of transponders can be traced to the Second World War. The technology was first used to recognize friendly planes on the radar and communicate with their pilots. That’s where automobile manufacturers adopted this technique.

The cost of getting a replacement or spare transponder is a function of the complex operation of these keys. A transponder system comprises two primary components.

It includes a processor and a microchip (transponder) located in the head of your car key. The key has to be inserted and turned in the ignition cylinder for the car’s computer to identify it.

Your car’s computer then transmits a radio signal to the transponder circuit. The circuit is powered by a radio signal, so it doesn’t need any battery. Typically, the circuit works with a computer chip program to respond by sending a coded signal.

This coded signal is then sent back to your car’s computer. If the circuit fails to respond or if the code is incorrect, the engine won’t start.

If the wrong key is used, recent cars won’t move due to an automatic immobilizer feature. This level of security is why transponder keys are used in modern cars.

What is an Immobilizer?

An immobilizer also plays a significant role in enabling transponders to carry out their job. It’s a theft-deterrent system that stops your car from starting if the code doesn’t match.

Immobilizers only allow your car to start when the code it receives matches the key. Every transponder-equipped vehicle has an immobilizer.

Cost of Getting or Replacing a Transponder Car Key

The average cost of replacing transponder keys in Canada ranges from $150 to about $500. Bear in mind the complexity of the key design will determine whether you’ll end up paying more for a new transponder car key.

All cars manufactured in Canada since September 2007 come with anti-theft systems. Consequently, every car manufactured since then works with transponder keys. Typically, the original cost of getting the keys is included in the purchase price of the vehicle.

Unfortunately, we sometimes misplace everyday items and car keys aren’t left out. Also, as a result of wear and tear, car keys can spoil too. This gives rise to the need for replacement.

How much to replace my transponder car key?

The exact cost you’ll end up paying to replace a transponder car key is a function of factors such as:

These factors make it somewhat impossible to have a fixed price for getting a transponder car key. Also, different geographical locations have different price-fixing determinants. For example, expecting the same price for car key replacement all over Ontario is impossible.

Don’t be scammed! Run from prices that are too good to be true. A $10- $15 price range to replace a transponder car key is ridiculous. Don’t waste your money and time.

It’s cheaper to have a locksmith fix a basic car key for you because of its simplicity. All a locksmith has to really do is carve a key to fit your car ignition. However, this key will not have the ability to start a transponder-equipped vehicle. Although, it’ll be able to unlock the doors of some car models.

On the other hand, transponder car keys are more expensive to replace. This is due to the programming and chip on it. It has to be fixed carefully and correctly. If not, it won’t be able to start the car. The fob is an additional expense to consider. Electronic fobs can cost as much as $50- $90.

Does my Car Use a Transponder Key?

If you’ve locked your keys in the car or lost them, you need a replacement. The next step is to know if your car uses a transponder key or not.

Providing the locksmith with this information will enable them to assist you better. Here’s how to tell if your vehicle can use a transponder car key.

Refer to Your Car Owner’s Manual

Once you get your car manual, head to the ignition section. There, you’ll find information on “transponder system activation”. Once this is spotted, it’s most likely your car is transponder enabled.

Professional and experienced locksmiths have databases with vehicle keys and transponder information. Most locksmiths already have the answer to your question.

Every car that comes with a security light most likely has a transponder key. The security light can either be in the form of a key, lock or letters. It may be a tiny light on your dashboard or the center console.

Most car keys these days have codes imprinted on them. These codes can either be numbers or letters. Sometimes they can be alphanumeric. Regardless of the format, they’re unique identification codes.

If your key has a unique identification code, it’s a transponder key. It’s an easy way to know if your vehicle is transponder-equipped.

Also, transponder car keys have a bigger plastic head and are mostly bigger than a mechanical key. These are little signs you can look out for on your own.

Can a Non-Transponder Key Start a Transponder- Equipped Car?

Starting your car with a non-transponder car key will typically throw a theft code into the computer. The theft code can only be cleared using dealer equipment. There’s a fee to be paid for this service.

By so doing, once the car system boots, it will recognize your transponder key immediately. This will stop it from triggering the theft code.

Related Article: What to do If You Lock Your Keys in the Car?

Depending on the complexity of your car’s transponder key system, the cost of getting replacement transponder keys can be as high as $500. However, it’s an expense that’s well worth it.

It can’t be compared to the amount you’ll spend trying to get back your car if it’s stolen. The importance of transponder car keys to the safety of your car can’t be overemphasized.

Also, losing your keys is a situation that can happen to anyone. You don’t necessarily have to go into panic mode.

Car Key Replacement CA has got you covered. Our car key replacement experts have access to the equipment necessary to create new transponder car keys for your vehicle.

What’s more, we offer speedy same-day car key replacement services. Get in touch with us today!